To learn the difference between the present perfect and the passt simple, compare the following sentences:

What we notice is that in the present perfect sentence, we do not use a specific time reference to tell when the action happened because what matters here is the action itself.

In the simple past sentence, we use a time reference to tell when the action happened because what we care about here is the time not the action.

It indicates that an activity or situation began and ended at a particular time in the past.

He lived in Paris for ten years, but now he lives in Rome.

We add (ed) to the regular verb.

ex. We went to the movie last week.

To form a question, we have to use the helping verb (did) before the subject.

Question: Did the police arrest the criminal last night?

We notice that when we use (did) we do not use the main verb in the past, because we already have the helping verb (did) refering to the past.

To form negation, we have to use the helping verb (did) in order to add (not) to the sentence.

Negation: The police did not arrest the criminal last night.

The present perfect expresses the idea that something happened (or never happened) before now, at an unspecified time in the past.

They have moved into a new apartment.

The present perfect also, when used with for or since, expresses a situation that began in the past and continues to the present.

We use the helping verb (have) before the main verb. The main verb must be in the past participle form.

ex. The boy has finished his homework.

ex. The boys have finished their homework.

To form a question, we have to flip between the helping verb (have or has) with the subject.

Affirmative: The police has arrested the criminal.

Question: Have the police arrested the criminal?

To form negation, we have to add (not) to the helping verb (have or has).

Affirmative: The police have arrested the criminal.

Negation: The police have not arrested the criminal.

In the following quiz, you have to distinguish between the present perfect and the past simple. When doing the quiz, remember the following:

a. we use a clear reference to the past with the past simple,

b. we do not use a reference to the past with the present perfect. 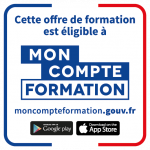